What These Students in Tanzania Taught Me About Connecting 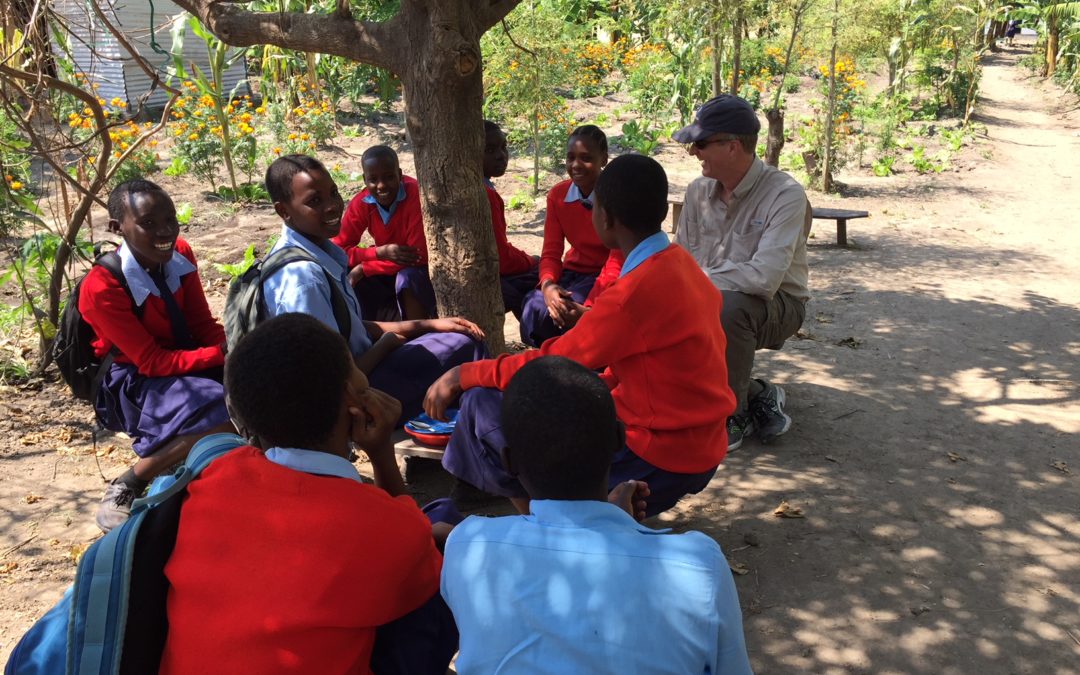 I was looking for a cool spot to enjoy my boxed lunch when I saw a group of 15 to 20 teenage girls on their midday school break chatting and enjoying the shade on rustic wood benches. I asked whether I could join them—and their faces lit up.

My Name is Giraffe

“What is your name?” asked one of the boldest girls in English. I replied using the only Swahili phrase that I knew: “My name is giraffe.” They burst out laughing. One girl said, “That’s really funny! You have a long neck just like a giraffe.” Another said, “Did you know that the giraffe is the national animal of Tanzania and one of the most loved?”

For 20 minutes, we talked about their favorite animals, how they got along with their siblings and parents, what daily life was like, what they liked best about school, and what they wanted to do after they graduated from the Mungere School. (The Mungere School is part of an awe-inspiring non-profit called The Red Sweater Project which was founded by Ashley Holmer, a fellow Oregonian and one of the best connectors I’ve had the privilege of meeting.)

As I spoke with the students, I was impressed with their curiosity and enthusiasm. I was also humbled by how hard they and their families had to work to be able to attend high school in a country where only a small minority of students manage to do so.

I think back often to that day I spent at the Mungere School and my encounter with its students. My personal and professional challenges seem minor in comparison to those that many Tanzanians face, and I have come to realize that Africa, the world’s fastest-growing continent, is made up of people whose hopes and dreams are not unlike ours.

Taking time to connect with people who are different is mind-expanding. Fortunately, you don’t have to go as far as Africa for such an experience. The next time you see a group of people you don’t know, consider introducing yourself and having a conversation. You might be surprised at what you learn and how much it can change you.

Connector’s Way Tip: It’s human nature to stick close to the people you know. But in order to thrive (rather than simply survive), you need to take a deep breath and put yourself out into the world. That’s why Rule #2 of The Connector’s Way (see the ‘Seven Rules for Building Business One Relationship at a Time’ on p. 86) states: “Seek out individuals who expose you to new ways of thinking.”

What are some things you can do right now to meet new friends and make strong connections?