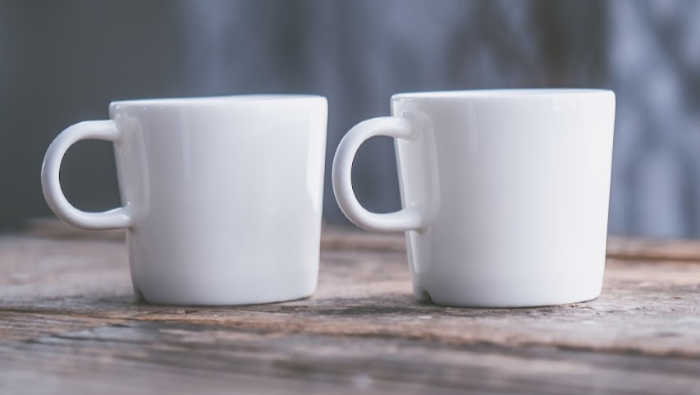 Wasting valuable time at happy hour with a cocktail in hand, shoving business cards at whoever makes eye contact, all the while worrying about the real work piling up on your desk—is that how you picture networking?

Think again. Networking done well is a key strategy to strengthen and develop your agency’s business opportunities, reputation and even friendships.

Patrick Galvin, chief galvanizer at The Galvanizing Group and author of “The Connector’s Way: A Story About Building Business One Relationship at a Time” doesn’t even like the word ‘networking.’ “I like to differentiate between networking and connecting,” he says. “Nobody wants to be ‘networked.’

“Connecting, on the other hand, is about developing and cultivating long-term, meaningful relationships—an essential skill for any successful independent insurance agent. It’s about treating everyone as a potential friend instead of a business prospect,” Galvin says.

Networking centers on relationships as the keystone of an agency’s business model, a smart long-term approach.

“It’s about forming professional friendships of mutual reliability for future needs,” says Patricia Rausch, director of career programs at Leadership Institute and cohost of the popular Facebook group Rules of Networking. “Stealing the title from one of my favorite books on networking, you should ‘dig your well before you’re thirsty.’”

“If you’re looking to broaden the scope of your sales strategy, you should be laying the groundwork now by going to events and joining different organizations in your area to connect with other people, learning about them and what makes them tick,” she explains. “They may not be interested in what you’re selling right now, but as your professional friendship grows, so does their likelihood of purchasing something from someone they know—and trust.”

You never know when a connection will turn into an opportunity.

“In the first few years of business, I attended a networking event at a large hotel,” Galvin says. “I approached a man standing alone in the corner who turned out to be the hotel banquet manager. We had a great conversation about a book that he was currently reading and a few days later he referred me to his manager—who ultimately hired my firm to do strategic consulting work on the hotel’s behalf.”

Up Your Agency’s In-Person Networking Game

To create some success stories of your own, follow these seven tips to up your agency’s in-person networking game:

1) Dedicate specific time to networking. “Independent agents are known for juggling many balls in the air. It’s the nature of their work,” Galvin says. “As hard as it is, you need to put down your digital devices, turn off your computer and get out of the office. That can be especially hard when you’ve spread yourself too thin—as busy agents are apt to do. The key is to make connecting with people a priority and to block time on your calendar accordingly.”

2) Focus on relationships, not business. “Sales and professional friendship cultivation are not the same thing,” Rausch says. “Don’t treat people like a commodity. They’ll sense it and you’ll fail. Treat people like people.”

3) Be “the most interested instead of the most interesting.” Ask questions and listen carefully to what other people have to say,” Galvin says. “By showing genuine interest in someone else, you establish trust and set the foundation for a strong relationship.”

4) Remember names. “Encourage name tags at every networking event and put them on the right side of your chest,” Rausch says. “There’s nothing worse than someone telling you their name and you immediately forgetting.”

“Have a plan for remembering people’s names,” Galvin agrees. “This might include repetition strategies or visual association tools. Memory is a muscle that can be trained into shape with practice—remembering a person’s name goes a long way toward establishing a personal connection.”

5) Strive for the Rule of Five. “To benefit from a deep and rich network of connections, you need to step outside your comfort zone,” Galvin says. “Commit to meet five new people at every meeting or event. Even if you don’t quite meet your goal, you can feel good about having expanded your circle of connection.”

6) Follow-up after the event. “Don’t rely on handing out your business card to make connections,” Rausch says. “Collect them from others and follow up within 24 hours to let them know you appreciated the conversation you had and insert a thoughtful quip about a specific thing you talked about.”

7) Don’t be afraid to blaze your own path. “If the opportunity doesn’t exist, create it,” Rausch says. “If you see a need in your community for a business networking happy hour or reception, contact a couple of other businesses and host one.”

Rausch followed this tip herself by harnessing the power of social media. “While in-person networking remains the tried and true way of networking, social media is a great way to cast a much wider net,” she says. “I decided to start my own Facebook community designed to hit all the networking boxes while keeping it light and fun. When we do hold events, people are able to connect in real life and build upon what they’ve already established in the group.”

Her initiative, the Facebook group Rules of Networking, took off. “We’re almost 2,000 strong and growing daily,” she says. “I figured out a way to meet people where they are—and for most people today, it’s on the internet.”

“As an independent agent, you have a tremendous amount of value to offer people in terms of knowledge, information and advice,” says Galvin. “Share your knowledge, skills and gifts freely with others and you’ll build a circle of connection that will naturally lead to referrals and business growth.”

Patrick Galvin is a keynote presenter, TEDx speaker, coach and business relationship building expert who works with insurance carriers and agents across the country. He is the author of “The Connector’s Way: A Story About Building Business One Relationship at a Time,” the bestselling business parable that features an independent insurance agency owner as its central character. Visit theconnectorsway.com for more information.