Lemons to Lemonade: How Our “Failure Stories” Set Us Up For Success 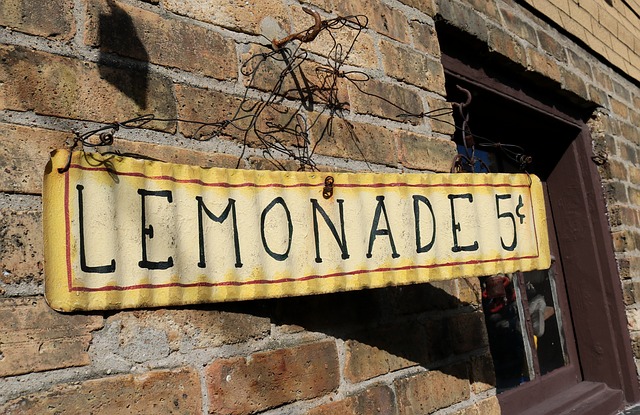 With just a few weeks left in the school year, my daughter is thinking ahead to summer. She recently announced plans for a lemonade stand. She hasn’t decided whether to operate it alone, or to enlist the help of friends. Either way, I support her entrepreneurial endeavors. It’s never too early to develop the skills essential to success in life and business.

Chief among those skills is resiliency. Every entrepreneur stumbles, but successful entrepreneurs pick themselves up and dust themselves off when things don’t go to plan. Another essential skill is the ability to connect with other people by prioritizing their needs over your own.

I learned these lessons early. Like my daughter, I had big entrepreneurial dreams as a kid. I also had some epic failures along the way. I hope she does, too. Why? Because our “failure stories,” and how we learn from them, set us up for success.

Also, everybody loves a good failure story. As a guest on John Lee Dumas’s top-rated “Entrepreneur on Fire” podcast, I talk about my own entrepreneurial failures and what they taught me. Below are three story highlights (listen to the entire interview at https://www.eofire.com/podcast/patrick-galvin/).

At 15, I worked as an ice cream scooper. The owner taught employees how to scoop hollow ice cream balls to trick customers into thinking they were getting more than they really were. I knew this was wrong and rolled honest scoops. This made him angry. One day, he called me into his office. He demanded to know who was stealing money from the register. Everybody knew that it was the owner’s cousin. But the thief did not confess. Instead, the ice cream shop owner pointed at me and shouted, “You! You did it! You’re FIRED!”

I was traumatized. I also learned some very important lessons. Stay true to your values.Treat everyone well. Avoid toxic people.

In college, I worked as a pedicab driver in San Francisco to fund my undergraduate education. After covering the rent of the cab, any additional money that I earned was mine. Unfortunately, the competition for fares was fierce. I often lost out to more experienced pedicab drivers who were faster than I was.

Fortunately, I realized that I had something most pedicab drivers did not: The ability to connect with people on a personal level. Soon I was peddling down side streets, giving tourists the deluxe tour of the city. I didn’t hurry to find my next fare. Instead, I took time to learn about the individuals in my cab. I asked where they lived. I tried using a few words from their native languages (I love learning new phrases from different countries). I asked what they liked to eat and what they liked to do. It wasn’t long before I was earning double, even triple, what my fast-hustling competitors were.

Besides stronger legs, I gained a valuable education in how to develop personal connections. Give people your full attention. Show genuine interest. Talk less and listen more.

As a newly minted MBA working in my family’s furniture business, I thought I knew everything about marketing. I hired a fancy advertising agency and a slick PR firm, and I became a check-writing machine. In no time at all, I had spent nearly $150,000 on marketing and had little to show for it.

Desperate to understand what had gone wrong, I went through our customer database. I realized that most of our sales came from repeat and referred business, i.e., people who had purchased from us in the past and the friends, family and neighbors they sent in. It was a lightbulb moment. We stopped mass advertising and began a dialogue with our customers. We improved the customer experience and adjusted our product offerings. Within three years, sales were up by 300%.

The lessons I learned are not unique to furniture. They apply to any business. Listen to your customers. Build relationships not sales. Show appreciation.

I’d love to hear about your “failure stories,” especially if they involve a funny or embarrassing high school or college job. (In return, I’ll tell you about my backstage job in the ’80s inflating balloons for Bill Graham Presents which organized events for iconic rock bands.)

As for my daughter and her entrepreneurial venture, I’m like any father who secretly hopes that hers will be the best lemonade stand in the history of lemonade stands. I also know that there will likely be missteps, mishaps and misunderstandings along the way. And that’s okay. They will all become part of her own success story.